SKU:
2862
Category:
All
view all details

Install a GFB light-weight under-drivepulley kit and get better throttle response and more power!How do they do this?1. Less weight – GFB's pulleys are manufactured on the latest Multi-Axis CNC machines from the highest grade 6061-T6 aluminium billet, making them immensely lighter than their factory steel counterparts. How much lighter? It depends on the particular model, but on average the weight saving is around 2kg. The GFB 300ZX pulley on the other hand saves over 7kg! This significantly lower weight yields a large reduction in the rotating inertiaof the belt train, allowing the engine to accelerate faster. Theeffect is similar to fitting a lightened flywheel and is particularlynoticeable in the lower RPM range before the turbo spools up. Thisis because the power required to accelerate a heavy pulley accountsfor a much greater proportion of the available power at low RPM.2. Under-driving – Additional power increasesalso come from making the crank pulley smaller, thereby slowingdown the accessories and reducing the driven load (particularlyat high RPM). Does this affect the accessories? No. All driven accessories operate at full efficiency somewhere between idle and 1400RPM. Above this peak efficiency RPM, the accessories simply waste power. At low RPM, the under-drive ratio has little effect, so battery charging and power steering are not compromised. However, as the revs increase, the under-driving proportionally reduces the amount of wasted power. Massive power gains without increasing the boost?!Read on…The Atomic Boost Controller was tested on an MY02 Subaru WRX (whose only mods were a turbo-back exhaust) back-to-back with the factory controller. A base-line power run was performed with the factory boost control, and the boost level was measured at the same time.The Atomic was then installed and set to the same peak boost level of 0.9bar (13.2 psi) so that the spool-up time could be accurately compared before and after the installation.The dyno graph shows the Atomic boost curve in green, and the factory curve in blue. 4th gear is used for both tests, and proof that the Atomic was set to the same peak level is seen towards the end of the chart as the two curves meet. However, notice the massive gains down low in the rev range, as much as 18kW (23.4hp) AT THE WHEELS!This increase in power shows that the Atomic allows the boost to rise significantly earlier than the factory controller, which on the road represents much better acceleration from a whopping 1700RPM earlier in the rev range. All this WITHOUT exceeding the factory peak boost level!It is important to note that the MY01-02 (MY02-03 in the US) model responds very well to this modification, because the factory boost mapping is very conservative in an attempt to keep the torque curve flat and the power delivery linear (which totally kills the feeling that you are driving a turbo!).So, if you want your MY01-02 WRX to REALLY feel lively, fit an Atomic or Reactor boost controller for the best “bang-for-your-buck” modification you can make!These 3-pulley Subaru kits, include replacement crank, alternator and power steering pulleys, and the required belts. These sets are under-driven, which reduces the parasitic losses from the driven accessories, resulting in more power. Their light weight aids engine response, giving better acceleration and a more free-revving feel.Application List* Subaru Impreza MY99-00(all turbo and non-turbo models)* Subaru Forester(all turbo and non-turbo models)* Subaru Liberty(all turbo and non-turbo models)* Subaru Legacy (all turbo and non-turbo models)Available in Blue, Red and Silver. 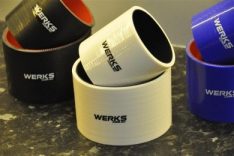 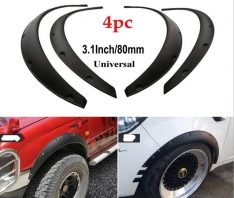