In developing the MS-IBC, the aim was to design and engineer a boost controller that would cater to the serious drag racing professional, whilst still being quite at home on the streets. We succeeded. The MS-IBC is packed with the serious features that can be utilised in the real world of drag racing like 3.5 bar of boost control, a clear digital boost gauge with an over boost warning and a remote Facility to either toggle the high speed boost change memories or operate the Gizzmo Multi-Scramble feature.Gizzmo's Multi-Scramble takes the conventional scramble feature one step further. A conventional scramble allows the user, upon pressing a button, to set a fixed amount of over boost and time duration e.g. 3lb extra for 5sec. Gizzmo's Multi-Scramble function allows the user to operate the button again before the scramble time has completed adding the same amount of boost again and refreshing the time duration.All of this plus closed/open loop modes packed into a great looking controller that is so easy to fit and operate.Features * Adjustable up to 50lb (3.5bar)* Multi Scramble Boost* Remote Scramble/Boost Memory button facility* Over-Boost warning* Selectable open/closed loop boost control* 6 Boost Memories* 40mhz High Speed RISC Processor* Black Extruded Aluminium case* Blue 7 segment LED display* White backlit buttons* Real Time digital boost gauge* Simple 2-Wire Installation* Suits Internal or External Wastegates* Comes complete with all fittingMSIBC – Proven 7 Second Quater Mile PerformanceFastest Skyline in Europe Holds Onto Its Crown With the Gizzmo MS-IBCThe Fastest Skyline in Europe, owned and "piloted" by John Bradshaw, ran a 7.75s 1/4 at 176mph this weekend (28th September 2008) at Santa Pod in the Nationals.This Gizzmo Sponsored Animal of a GTS-T is Rear Wheel Drive and only 2.8 litre!The Gizzmo MS-IBC Electronic Boost Controller it runs made a significant difference over the Electronic Boost Controller that was fitted previously. In conjunction with other modifications Johns GTST has dropped from mid 8s to an 8.1 second 1/4 earlier in the summer. Project GTST has now run three back-to-back 7 second passes in one day on low boost!!! Official figures are yet to be announced, but it rumoured to make 1140hp at the hubs at a rock steady 2.2 bar without Nitrous on high boost and over 1000hp at the hubs on low boost.It will be back at Santa Pod for the Jap Finale next weekend. A 7.6 second pass could be on the cards if conditions allow the full force of 2.2 bar to be unleashed!Specification also includes a Gizzmo Phenolic Thermal Intake Gasket.Application List* Turbo vehicles 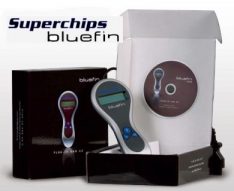